TERFs and their lies about trans people: What motivates them?

Another week, yet another attempt by TERFs — sorry, so-called “GC” people — to try and fool companies into breaking the law by claiming that trans people can be exempted from everyday, high-street style services

I’ve extensively covered in the past about how the “claims” (read: deliberate lies) of the GC crowd are wrong and I’ve also gone into the specifics of the law, the Equality Act, and cases that have already been in front of the courts and tribunals where the judgements clearly show that it is an unlawful act of discrimination to bar (or try to bar) trans people from single or separate sex services of their expressed gender identity

But this leaves the question; why are transphobes so desperate to try and enforce a lie?

It threatens TERFs. That is what our public existence does

But how? In what way do trans people existing and being accepted for who we are threaten TERFs?

For that we need to look at just who TERFs mostly are, and the things they said in regards to the blowback that would occur if their transphobic equivalent to Jim Crow-style laws were really to be made real and enforced

The reality is that TERFs are a small minority of people and most (and especially the prominent ones) are white, comfortably well off, middle-class, and above all else; privileged. And it’s this which is a huge part of what motivates them 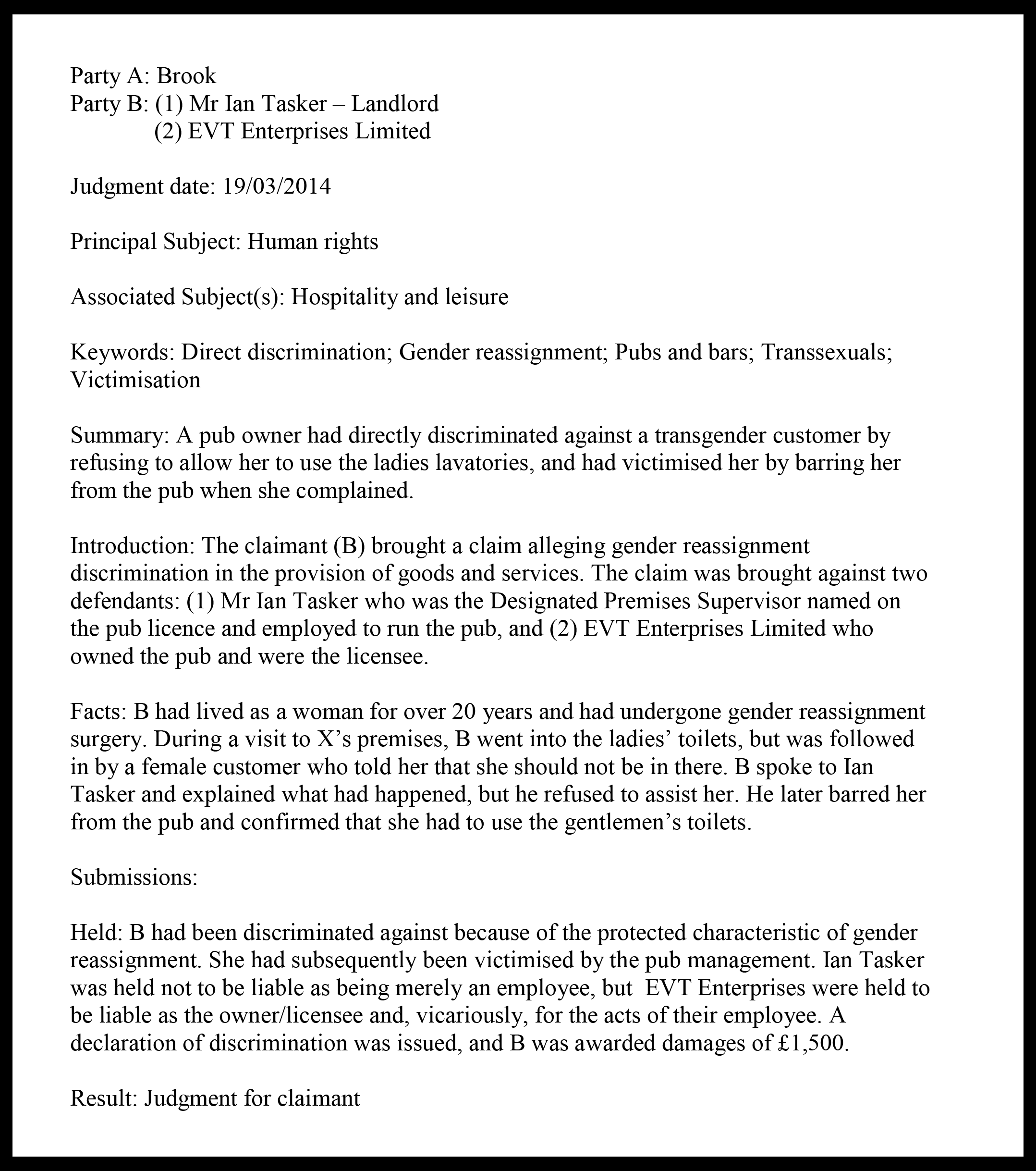 Let’s step back a little and remind ourselves of TERFs reactions to them being repeatedly told that their tactics would see cis women who don’t fit an idealised concept of what a woman should look like wrongly barred from accessing women’s services for no other reason than they don’t look “womanly enough”. We have prominent TERF voices say that cis women being discriminated against like this would be “acceptable collateral”

But it’s actually deeper than that. Cis women who would be affected by TERF measures aren’t “acceptable collateral” in TERF eyes — they are as much a target as any trans woman or girl

We’ve already seen it. The cis women who have been hit by the introduction of “bathroom laws” have all been either GNC or PoC

That TERFs are, by and large, racist and perfectly onboard with the idea of enforcing laws that would disproportionately affect PoC is no surprise. This has been the backbone of TERF ideology since the beginning — that PoC don’t matter to these so-called ‘feminists’ because “the racism they face has nothing to do with feminism”

And we’ve all seen the insults from TERFs; about the ‘blue-haired woke brigade’. For all that they try to claim otherwise, TERFs loathe and hate any GNC woman and go out of their way to insult any woman who flouts a Western, white, idealised idea of what a woman should look like

TERFs are by their very nature divisionary. They divide the world up into two camps; the Acceptable and the Unacceptable. Or the Worthy and the Unworthy. It all depends on how you look at it

The Unacceptable are women who do not accept or bow down to the demands of TERFs that women /must/ be a certain way to be deemed acceptable enough to be women that deserve the protection of their warped, so-called “feminism”

Because ultimately for a TERF their exercise of power isn’t about feminism. It’s about upholding a white-supremacist and theologically derived patriarchal view of what a woman should be; and it’s an exercise of power to either punish women into fitting into that misogynistic and sexist mold, or an exercise of power to keep inequity in place; to keep white women in superior positions of power and privilege over WoC (a fact that is indisputable in itself as you see it in play whenever Native, Indigenous, and Aboriginal women try to challenge the status quo of White Feminism only to be shouted down over and over again)

TERFs aren’t about equality; they aren’t about feminism. They are interested only in maintaining the current pecking order that sees them in positions of privilege. Like all adherents of a supremacist and exclusionary philosophy, when they see people who are marginalised start to be accepted by society and start to be placed on an even footing TERFs start punching down, and punching down hard. Their only goal is to keep the current systems of inequity in place because it is the current systems of inequity that keep them in positions of power and privilege

First published on Medium, 27th May 2020. All Rights Reserved